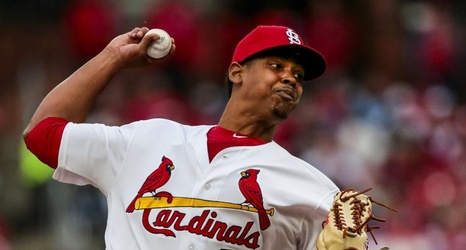 Before there was a Jack Flaherty, there was Alex Reyes. While Flaherty, now the Cardinals’ pitching ace at age 24, was winning five games at Class A Palm Beach in 2016, Reyes was winning four games for the Cardinals in less than half a season in the majors and compiling a dazzling 1.57 earned-run average while holding hitters to a .201 average.

While Flaherty is the more polished righthander now, Reyes was more a freight train then with a high-90s fastball and crackling breaking ball and the makings of a changeup, too. And then just before spring training in 2017, he felt something amiss in his arm while throwing in New Jersey.