Pujols, who will start on opening day for Cardinals, announces he will file for divorce 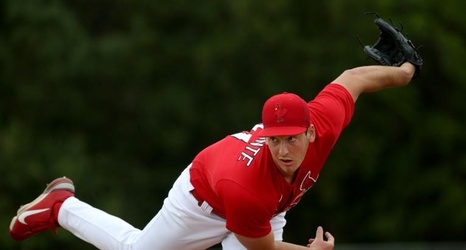 JUPITER, Fla. — The Cardinals’ 28-man roster is set for Thursday’s start of the season at home with Pittsburgh. While left-handed pitcher Connor Thomas is on the list of pitchers slated to face Washington on Monday in Jupiter, he will not be on the opening-day club.

Right-handed rookie Andre Pallante, impressive this spring, will be the 15th pitcher on the club. Thomas and right-hander Jake Walsh, another rookie, will be headed for Memphis on Tuesday in time for the start of the Class AAA club’s season. Walsh was optioned off the 40-man roster.

To get down to 28, the Cardinals also reassigned catcher Julio Rodriguez and utility man Cory Spangenberg to the minors, and right-hander Jack Flaherty (shoulder) was placed on the 10-day injured list.