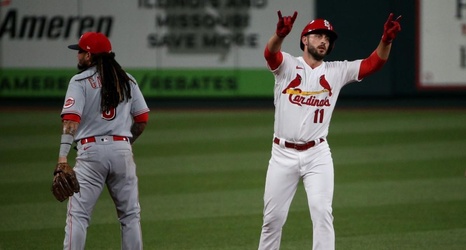 Although statistically it would not have been recognized as a no-hitter and it wouldn't go into the history books as the first no-hitter thrown in St. Louis by someone other than Bob Forsch in generations, there was still that zero up there on the scoreboard.

The zero that said through five innings of a seven-inning game Daniel Ponce de Leon had not given up a hit.

The Cardinals, meanwhile, had plenty of them.

With Dylan Carlson's two-run double and Matt Wieters' followup two-run single, the Cardinals scored six in the top of the fifth inning to open up a 9-0 lead on Milwaukee in the second game of the doubleheader.