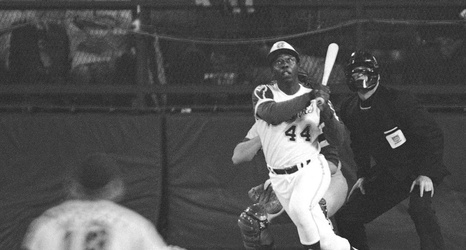 DENVER - Hank Aaron is being celebrated at the Major League Baseball All-Star Game as if it was in Atlanta.

Coaches, pitchers and position players, wore uniforms with No. 44 during workouts at Coors Field on Monday in honor of the Hall of Famer and Braves legend who died in January. The uniforms were donned prior to the All-Star Game Tuesday.

Players even posed in the uniforms for team photos. They wore their usual team uniforms with 44 replacing their usual number (example: Max Scherzer wore his standard Washington uniform, it just featured No. 44 on the back instead of No.