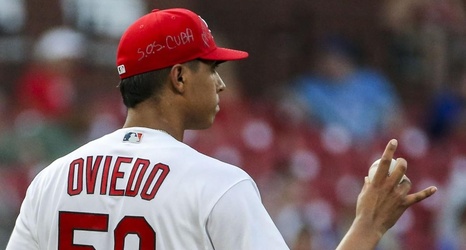 CINCINNATI — When last the Cardinals defeated the Cincinnati Reds the season was 21 games old, Jack Flaherty was the starter, Justin Williams was starting in right field, Alex Reyes was new to closing and not yet and All-Star, and Andrew Knizner was behind the plate.

Three months to the day later ... well ... Knizner will be behind the plate as the Cardinals try to shake a long losing streak to the Reds and salvage a series.

Yadier Molina remains limited by a stiff neck that has kept him from the entire three-game series in Cincinnati.