Once talents with sky-high expectations, Martinez and Reyes look for grounding to reclaim roles 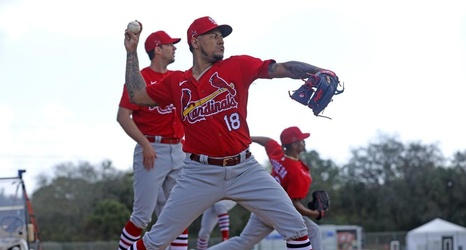 JUPITER, Fla. — After one of his final workouts before the official start of spring training and a search with Carlos Martinez’s family for daycare options, Alex Reyes’ evening meandered to Martinez’s home and the conversation took a U-turn into the past. The two Cardinals pitchers, both prized prospects in their teens, talked about how long it had been since Reyes made his big league debut, in 2016.

Martinez was between his All-Star seasons and completing his second consecutive season with an ERA teenier than 3.05. Reyes was one of the top pitching prospects in all of baseball, another year into his reign as the Cardinals’ top prospect, and he had raged his way to the big-league bullpen to throw 46 innings and start five games in a playoff pursuit.