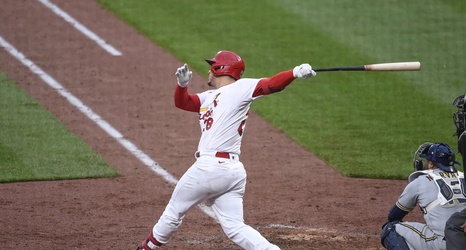 After a dragging 558-day layoff, fans were allowed back in Busch Stadium on Thursday afternoon, and they went home perhaps even happier than when they entered. With the game tied in the eighth, Nolan Arenado delivered a two-run, go-ahead home run to left field, and the Cardinals topped the Brewers, 3-1, on their home opener.

The Cardinals are now 5-2 on the young season and upped their winning streak to four.

The game was scoreless until the top of the third, but there was some early drama. After a walk to Kolten Wong to lead off the game, Adam Wainwright soon found himself in a bases-loaded jam with two outs in the first.