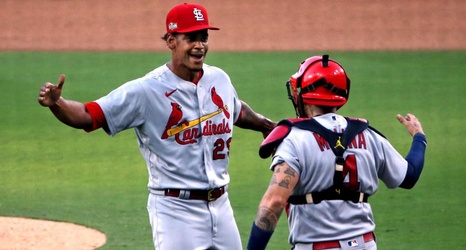 When the Cardinals made their run a year ago to the National League Championship Series, Alex Reyes had the best view in his house and no interest in seeing a playoff game from there again.

A third consecutive season had been interrupted by injury and sent him home to recover instead of St. Louis to contribute. The Cardinals’ longtime top pitching prospect had been part of a postseason push that fell shy in 2016. Since then, he had his elbow rebuilt, his shoulder repaired, and not once done what he saw friends and teammates do in October. While he watched those games on TV, a purpose cut through the rolling fog of rehab.