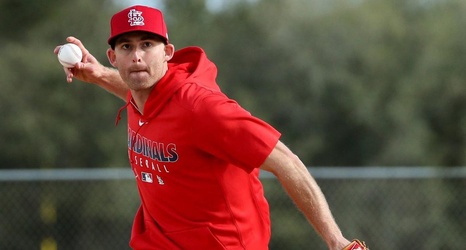 JUPITER, Fla. — One of four current Cardinals (along with Paul Goldschmidt, Matt Carpenter and Paul DeJong) to have hit at least 30 homers in a big-league season, Brad Miller has been in high demand the past two years. He spent time in the Tampa Bay, Milwaukee, Los Angeles Dodgers, Cleveland, New York Yankees and Philadelphia organizations before signing a $2 million deal with the Cardinals on Wednesday.