Molina, Martinez nudge Cubs closer to the brink as Cardinals outlast for 2-1 win 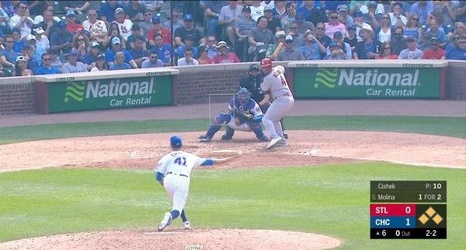 CHICAGO — Although lessened by the win his teammates reclaimed despite him, the sting of the ninth lingered overnight for Carlos Martinez and had him working the clubhouse early Friday. He talked his way up the ladder, lobbying for an inning, any inning to clear the palate from Thursday’s sour outing and prove he’s not just the closer they have, he’s the closer they want.

Having outlasted, out-weathered, and at times outwitted the Cubs in a four-hour slog that featured 15 different pitchers, all the Cardinals asked of the last one to appear was outs.