Molina homers for Cardinals' first earned run in NLCS; But it's 7-1 Washington, headed for a sweep 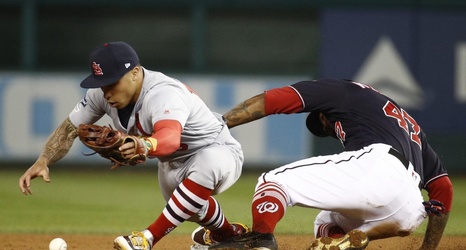 He had 10 in the first four innings, running the Cardinals’ total to 26 in the past two games with only one walk. Washington needed just five more innings to lock up its first National League pennant and first World Series appearance in the 51-season history of the franchise, which started in Montreal in 1969.