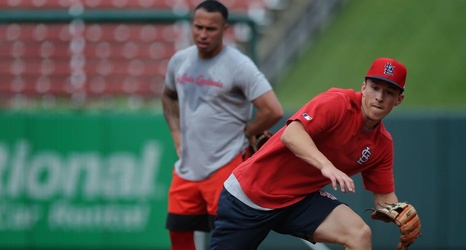 Rookie infielder Tommy Edman and second-year utilityman Yairo Munoz have contributed significantly when Carpenter was out and Shildt said the pair have “earned more opportunity. We’re all in a performance-oriented world here. Also, the fact of the matter is that Matt Carpenter has earned his opportunity to come back and play again, based on his sustained success he’s had. We need a pillar like ‘Carp’ to anchor this offense.”

Righthander Alex Reyes, out with a pectoral muscle strain, threw a bullpen session for Memphis earlier this week and Mozeliak allowed, “It didn’t go as smoothly as we had hoped.