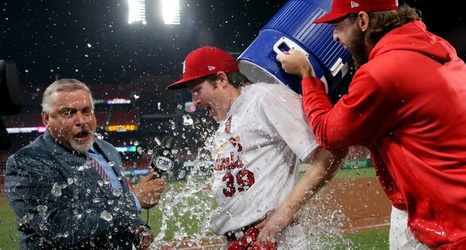 Mikolas threw the Cardinals’ first complete game and first shutout of the season with an eight-hit effort that was handled in an efficient 100 pitches. The Cardinals beat the Pirates 7-0 at Busch Stadium, winning their third in a row and jumping over the Brewers and into second place in the National League Central for the first time since May 7.

The only negative was Matt Carpenter, who went one for three and was hit by a pitch, coming out of the game in the seventh when he fouled a 3-2 pitch off the top of his right foot and clearly couldn’t move well.