Media Views: Costas on baseball's return, 'I'll believe it when I see it' 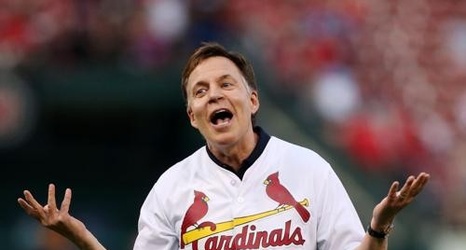 Sportscaster Bob Costas gestures after he threw out a ceremonial first pitch to Cardinals Hall of Famer Ozzie Smith before a Cards game against Cleveland on Monday, June 25, 2018, at Busch Stadium in St. Louis. His expression there is symbolic of his outlook on the chances of baseball being played this season as players and owners battle over money. "I'll believe it when I see it," he says of an accord. (Post-Dispatch file photo by Chris Lee)

Bob Costas has covered Major League Baseball at the network television level for 40 years, watching the sport go through labor strife, the steroids era and the current transformation of the game from traditional strategy to defensive shifts, a "swing for the fences" mentality and meandering play.