Martinez goes on injured list, will miss rest of season and likely playoffs, too 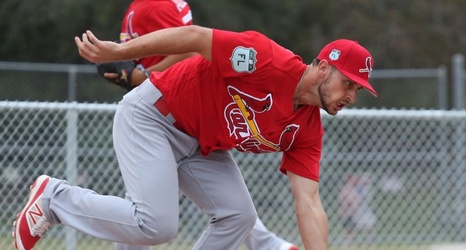 Carlos Martinez, officially, has thrown his last ball for the regular season and there is very little chance he would reappear even if the Cardinals made a long playoff run—if they run into the playoffs at all.

Martinez was diagnosed Thursday with the dreaded (left) oblique strain suffered while facing his final hitter Wednesday in a 12-3 debacle in Kansas City in which he allowed eight runs. The 29-year-old righthander was placed on the 10-day injured list and Johan Oviedo, who was going to be brought up on Sunday, joined the club a few days early and will work out of the bullpen during the five-game series with the Milwaukee Brewers, which begins on Thursday night at Busch Stadium.