Martinez Blows Flaherty’s Stellar Outing, but Carpenter Wins the Game 5-4 with a HR in the 10th 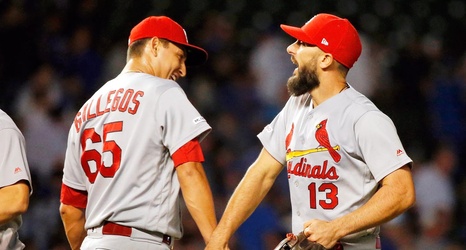 This is the series we have all been waiting for and we had just the man we were hoping to have to pitch Game 1 of the 4-game series against the Cubs in Wrigley Field. Kyle Hendricks would take the mound for the Cubs. Hendricks’ fastball tops out at about 88 mph and that’s his four-seamer, but his finesse rerpertoire has given the Cards fits in recent years. The Cards had not saddled Hendricks with a loss since April 20th, 2016, and this season they had only scored 1 earned run off of him in 3 prior starts.