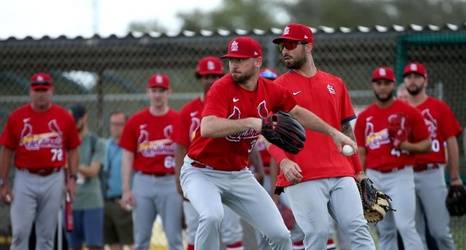 Before the game, manager Mike Shildt said, “I think his stuff is just as crisp as I remember.”

“Crisp” would be one way to describe Gomber’s second Grapefruit League start. “Dominant” would be good, too. Gomber, who was 7-3 for the Cardinals in 2018, faced nine Houston hitters in three innings, striking out four. Only one Astro, much-booed Jose Altuve, reached base on a single in the first but was cut down at second by catcher Andrew Knizner as Altuve tried to advance on a short wild pitch.