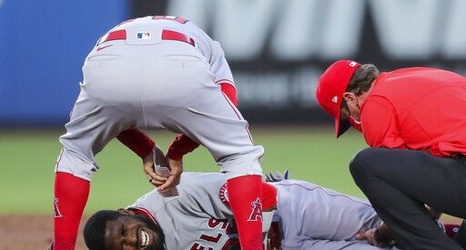 A date for the procedure has not been set. Recovery time is expected to be six to nine months.

“Comeback season has commenced,” Fowler said Sunday. “The cards I've been dealt, so you've got to deal with them and go at it like that.”

Fowler was hurt when he took an awkward step on second base in Friday night’s game against Toronto. At first he thought he was hit by a thrown ball. The Angels initially thought Fowler had avoided a serious injury but an MRI exam on Saturday found the tear.