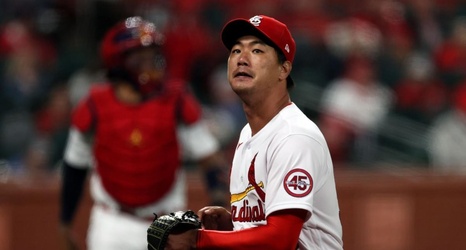 Kwang Hyun Kim had waited for this night ever since he had left Korea to sign a two-year deal with the Cardinals before the 2020 season began. That was the season with no fans in the stands.

On Friday, the lefthander made his first Busch Stadium appearance with somebody sitting in the seats, including 2011 World Series hero David Freese. It wasn’t the 40,000 plus you would expect for a weekend series opener with the Cincinnati Reds. But it was some 32% of capacity at 13,196 and Kim surely must have enjoyed all the moments, not the least of which was his first professional hit as he beat out a dribbler toward third on a 1-2 pitch to open the third inning.