In his final year on the ballot, Larry Walker joins Derek Jeter in Hall of Fame class 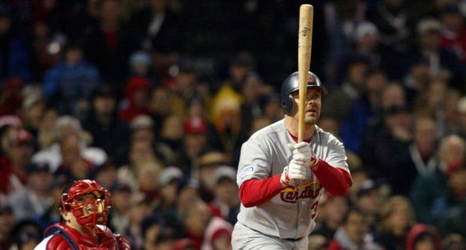 The time frame Larry Walker had been told to be ready Tuesday for a phone call that would change his life had “come and gone,” he said, and he was about to walk back inside his house, believing he was out of the running for baseball’s Hall of Fame.

After 10 years of waiting, what was a few more minutes?

That’s when his phone buzzed.

“Hello, may I speak with Larry Walker, please?” the voice asked.

In his final year on the writers’ ballot, Walker, the Colorado Rockies great and former Cardinals outfielder, was elected alongside first-ballot inductee Derek Jeter to join Ted Simmons and Marvin Miller in the National Baseball Hall of Fame’s class of 2020.