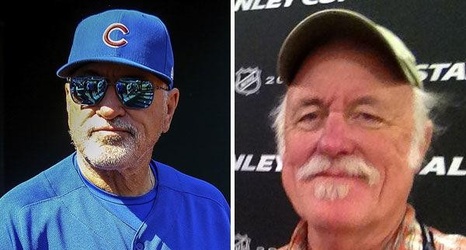 Mike Flanary is convinced he wouldn’t be alive today if Joe Maddon still were the manager of the Chicago Cubs.

The announcement that Maddon and the team mutually decided to part ways came on Sept. 29 at Busch Stadium, a Sunday, before the Cubs played the Cardinals on the final day of the season. Flanary, a St. Louis-based freelance video photographer, originally had been scheduled to be part of the postgame television coverage being sent to Chicago. But with the Maddon story developing, he was asked to report to work early to help chronicle what was a major story in the Windy City.