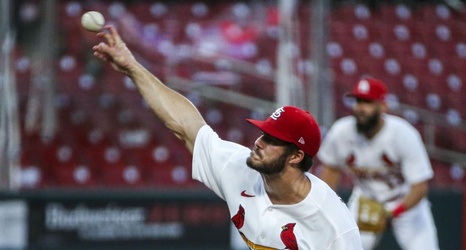 Matt Carpenter, slowly emerging from his season-long funk, popped his third homer of the season on an 0-2 Lucas Sims high fastball to stretch the Cardinals' lead over the Cincinnati Reds in the sixth inning Saturday night at Busch Stadium.

Then Harrison Bader also slammed his third homer, this one good for three runs. And Paul Goldschmidt followed with his sixth homer, a solo drive to right center, off lefthander Amir Garrett, as the Cardinals broke the game open to take a 7-1 lead.

Counting the homer, Carpenter is five for his last eight with six runs batted in and three walks and a hit by pitcher in 12 plate appearances and has jumped his average over .