Hochman: How a certain Mike Shildt video (you know the one) helped alter perceptions of Cards’ manager 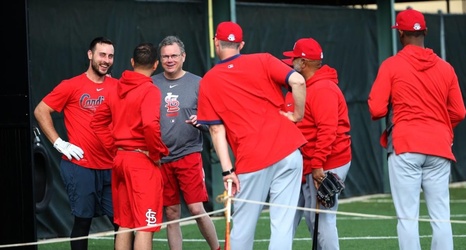 JUPITER, Fla. — The year 2019 was a triumph in cinematography. Roger Deakins’ envelope-pushing in “1917,” with Deakins’ innovative “single shot” recreating history and making history, got his name inside an Oscar envelope. Robert Richardson shot “Once Upon A Time In … Hollywood” on 35mm film, a twist as delightful as those in the movie itself. But perhaps 2019’s most raw and revealing cinematography came from an outsider in the field (and, as it was, an outfielder in the field). Randy Arozarena took viewers inside the Cardinals’ clubhouse as he live-streamed a celebratory speech by manager Mike Shildt … who cursed seven singeing times.