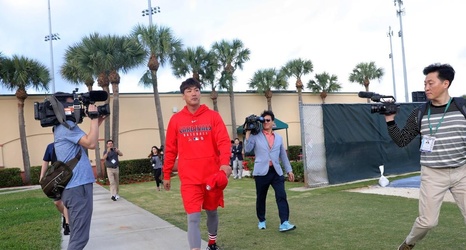 How big of a deal is Cardinals pitcher Kwang-Hyun Kim to the people of South Korea? On Monday, Kim’s first day in Jupiter, the journalists excitedly interviewed Cards teammate John Gant, in efforts to ask him, through interpreters, just what was it like to play catch with the guy.

And the way everyone was ogling at the spectacle that was Kim, it made you think — he didn’t come all this way to be a relief pitcher.