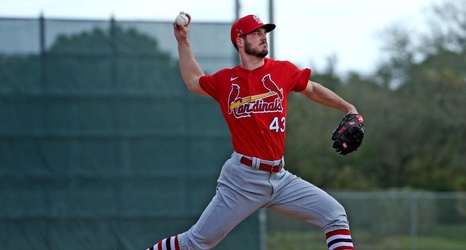 JUPITER, Fla. — Paul Goldschmidt had only two hits in his first 11 spring at-bats but both were homers and off top-shelf pitchers. The Cardinals’ first baseman blasted a Justin Verlander pitch to left center and out of Roger Dean Stadium in the third inning Tuesday as the Cardinals took a 6-1 lead over the Houston Astros in an exhibition game.

Max Schrock doubled home a run against Verlander in a two-run second prolonged by an error by shortstop Carlos Correa. Matt Wieters powered a fourth-innng homer off Jared Hughes to ignite a three-run inning.