Giovanny Gallegos is One of the Best Relievers in Baseball 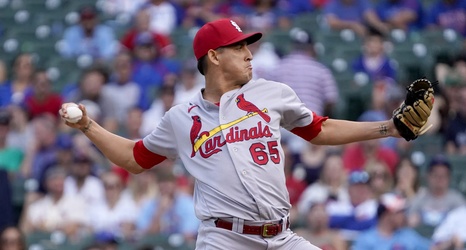 The title of this article is not very surprising. Cardinals fans who have watched Giovanny Gallegos pitch know that he is clearly an elite reliever, and he has been since 2019. He has filled a variety of roles for the St. Louis Cardinals, but he has stepped into the closer role during the win streak, and he has helped secure game after game for the team.

In 2021, Gallegos has compiled 2.2 fWAR in 78 1⁄3 innings. This makes him the fifth most valuable reliever this season, in terms of fWAR. He is also just one of nine relievers with 2.