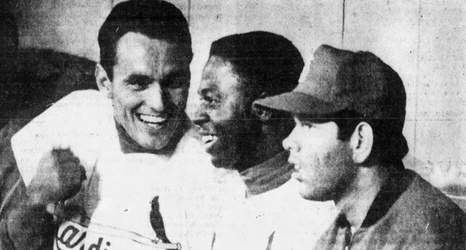 Bob Gibson became the first pitcher to start the season with five consecutive strikeouts as the Cardinals had a season-opening record crowd of 38,117 on April 11, 1967.

Brock was asked if he had been looking tor any particular pitch from Juan Marichal when he whacked a decisive three-run homer in the second inning of a 6-0 victory for Bob Gibson over the San Francisco Giants in the Cardinals' season opener at Busch Memorial Stadium.