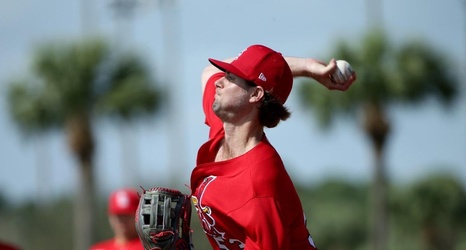 JUPITER, Fla. — While Democratic presidential hopefuls are dropping out daily, candidates for a Cardinals’ starting position seemingly are increasing. John Gant threw his hat into the ring Saturday and maybe lefthander Austin Gomber did, too.

Gant, who made all 64 of his appearances for the Cardinals in relief in 2019 after starting 19 games the previous season, ripped off four scoreless innings against the Houston Astros Saturday, holding them to one hit.

The 27-year-old Gant said he was gaining a "lot" of confidence from pitching starters' innings this spring.