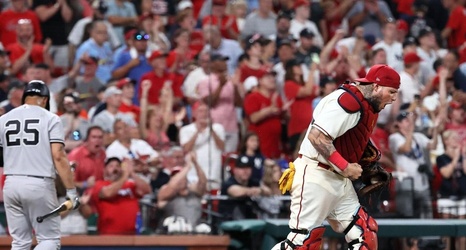 In a battle of two of the most historic franchises in baseball, fans have the opportunity to see the Cardinals do something they have never done before: sweep the New York Yankees.

Adam Wainwright takes the mound; he has won his last two starts, going into seven innings both times and allowing just one run.