Edman, Bader are golden for first time as Cardinals set a record with five Gold Glovers 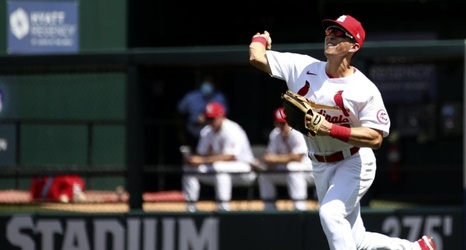 Until the Cardinals righted themselves with a stunning winning streak of 17 games in September, their rollercoaster of a season had featured inconsistent clutch hitting, a raft of starting pitching injuries and a significant change in closers. But, throughout the many ebbs and flows, there was a constant. The Cardinals almost always caught the ball and threw it straight.

The Rawlings Gold Glove voters sanctioned that important piece of their Sunday night as the Cardinals were rewarded with five Gold Gloves, a major league record for a team in one season. That means the rest of the 14 National League teams had a total of four Gold Gloves this year.