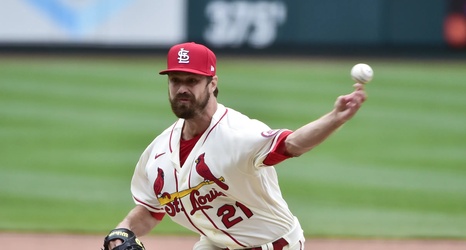 Andrew Miller has struggled through his first four appearances of the 2021 season with the St. Louis Cardinals. While it is still very early in the season, and Miller could certainly turn things around, there are several early warning signs that he could be in for a difficult season.

To begin with, Miller’s velocity has dropped at the beginning of this season. The southpaw is averaging just 87.8 miles per hour on his fastball, which has continued a decline that started after the 2016 season, when his fastball average 95 miles per hour. His fastball velocity peaked in 2012 at 95.