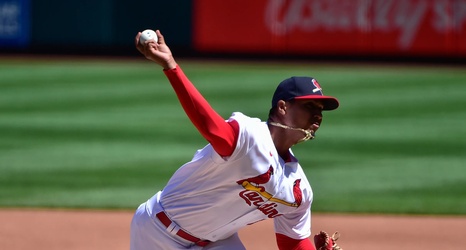 Johan Oviedo’s first appearance for the St. Louis Cardinals this season was impressive. The right hander threw 4 2⁄3 scoreless innings while allowing a pair of hits and a pair of walks and striking out four. Additionally, he saved the rest of the bullpen by lasting nearly five innings since the starter, Daniel Ponce de Leon, failed to make it out of the second inning.

There were some noticeable improvements from Oviedo in this game after he struggled in 2020. It was just one appearance, so his numbers will not mean anything unless he can replicate them over the course of the season, but Oviedo appears to have increased his velocity and movement on every pitch, while still managing to control his pitches.