Deep Brews: Milwaukee crushes Cardinals, 18-3, leaving them fuming and their pitching on fumes 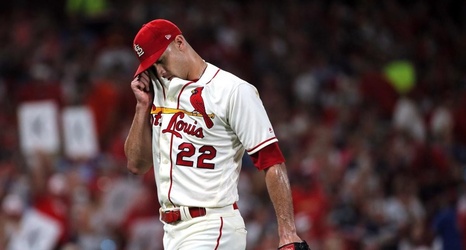 MILWAUKEE — A mess of a game became an ugly game, and then rapidly slid toward the makings of a costly, painful loss.

But it's not without some drama.

Mike Shildt and catcher Yadier Molina have both had animated conversations in the later innings here as Milwaukee thundered away for a 18-3 shellacking Tuesday at Miller Park. The loss left the Cardinals with welts -- physically, mentally, and in the box score. Molina left the game after catching a few innings with a possibly injured hand. He told a team official he did not have any answers on his condition.