Clock’s ticking: Cardinals sink back to .500 as Cleveland romps, 7-2, and trade deadline nears 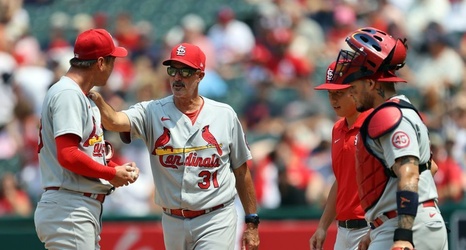 CLEVELAND — The move the Cardinals aim to pursue as Friday’s trade deadline races near could address an underlying reason why, even freed from coarse play and June’s quicksand, they have been unable move away much at all from a .500 record.

Cleveland socked four home runs — three in one inning, two in the game by Franmil Reyes — against starter Kwang Hyun Kim and soared to a 7-2 victory Wednesday at Progressive Field to split a two-game interleague series and once again leave the Cardinals perched on middling, at 51-51. The Cardinals spent less than a week in Ohio, visited two cities, and were at .