Chasing the dream together, longtime friends Gorman, Liberatore reach it at same time with Cardinals am tting the Sat CANOT 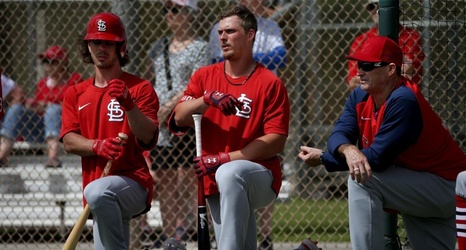 PITTSBURGH — Rookie Nolan Gorman was the Cardinals’ second baseman Friday night in his big-league debut against the Pittsburgh Pirates. And Cardinals manager Oliver Marmol said it would stay that way, at least in the fact that the hot-hitting infielder wasn’t brought up to be a designated hitter.

He will be wearing a fielder’s glove on most days.