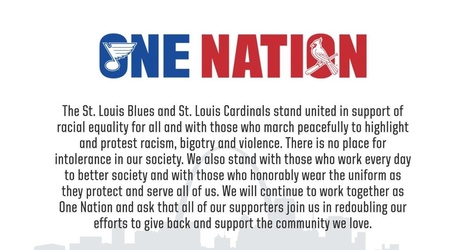 Ahmad Hicks is one of the few African Americans currently working in the St. Louis sports media, the only one who regularly covers both the Cardinals and Blues.

And he has taken issue with a joint statement those teams issued this week in the wake of a massive outcry nationally and locally regarding the recent death of George Floyd, the handcuffed black man who died in custody of four Minneapolis police officers, including a white one who kneeled on Floyd's neck for nearly nine minutes. All those officers have been charged in the case.

Hicks, a graduate of Kirkwood High School and Southern Illinois University Carbondale who has been at KSDK (Channel 5) for a little over a year and a half, wrote an in-depth, pointed and personally heartfelt commentary about the matter that was posted late Wednesday on the station's website.