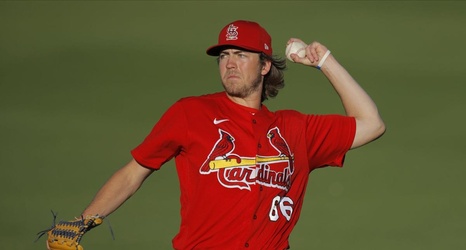 The Cardinals’ alternate training site which has been operated in Springfield, Missouri, for the past couple months, will be shut down this weekend. But a few players who are there now, including prized outfielder Dylan Carlson, are expected to join the Cardinals in St. Louis next week for their potential postseason “bubble,” general manager Michael Girsch said.

The roster limit for postseason games will be 28, the same as it has been for most of the regular season, but reportedly clubs can add as many as 12 players, which would include those on the injured list, such as reliever Giovanny Gallegos and outfielder Austin Dean, and outfielder Dexter Fowler, who is on the COVID injured list as he tries to protect his immune system while he takes medication for a stomach ailment.