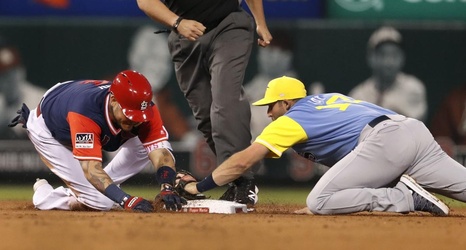 The Cardinals, who had been looking for lefthanded-hitting help off the bench, dealt with that issue Wednesday by signing veteran infielder Brad Miller to a one-year deal worth an estimated $2 million.

After being let go by Cleveland last year, Miller signed on with the New York Yankees’ Scranton-Wilkes Barre affiliate and then went to the Phillies, for whom he hit 12 homers in 66 games, including eight in September when he batted hit .