Cardinals notebook: With elimination at hand, rookie Hudson gets the start 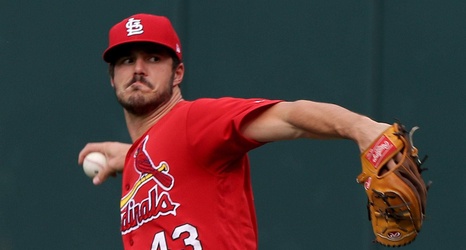 With the Cardinals facing elimination Monday in Game 4 of a National League Division Series, Hudson, stashed in the bullpen for the first two games of the playoffs, moves back to where he spent the majority of the season, the rotation. Unused in relief, Hudson must provide it from the start in his playoff debut, drawing only on the sensation he got a few times at SunTrust Park last week as he warmed up for appearances that never happened.

Hudson, 25, intrigued the Cardinals at the start of the series for his versatility as well as his best pitch, a power sinker.