Cardinals notebook: Reyes won't be a starter in Memphis 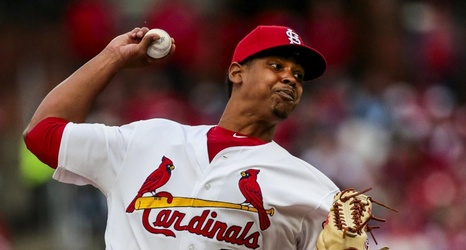 Joining him on the I-55 corridor was infielder Yairo Munoz, who was not optioned for lack of performances but rather the need for another pitcher to help a taxed bullpen.

Giovanny Gallegos, a righthander who was sent out early in spring camp after he had given up three homers in 3 2/3 innings, and lefthander Tyler Webb were promoted from Memphis. Webb, the last player trimmed this spring, especially seems likely to see considerable action this week when the lefthanded-hitting-dominant Los Angeles Dodgers come to town for their only four games here this season.

“I think we’re more about him going out and getting him comfortably to 30 to 40 (pitches).