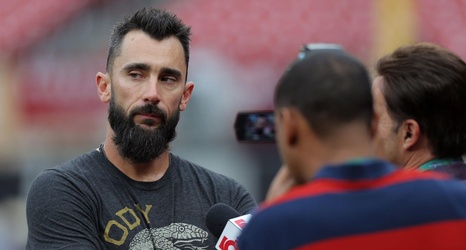 The Cardinals’ top brass, comprised of the troika of Bill DeWitt Jr., John Mozeliak and Michael Girsch, came not to bury third baseman Matt Carpenter, but to praise him Tuesday. That was one of the telling parts of a half-hour media session at Busch Stadium.

Carpenter, who will be 34 at the end of the month, batted only .226 with a modest .726 OPS (on-base percentage plus slugging percentage) this year. Toward the end, he spent as much time on the bench as he did in the lineup. Mozeliak, whose contract as president of baseball operations was extended into a four-year term Tuesday, admitted, “I’m probably a bit biased in this one.