Cardinals notebook: Gallegos 'super happy' to get to play for hometown crowd 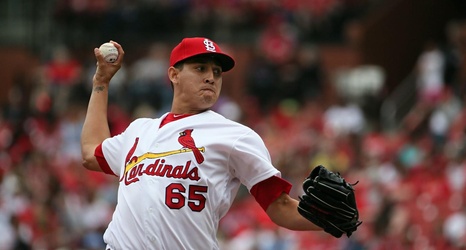 In the eighth inning of Sunday’s 9-5 victory against Cincinnati, Cardinals reliever Giovanny Gallegos emerged from the bullpen and slowly the chant became an ovation that spread through Estadio de Beisbol Monterrey. Gallegos, the only Mexican-born player on either roster in the Mexico Series, pitched to two batters and finished his outing a strike out. He left the field to another ovation. Gallegos became the fourth major-league player born in Mexico to appear in one of Major League Baseball’s games in Mexico.

“I’m super happy, really happy to go off with a win,” Gallegos said. “Super-proud to be here as a Mexican player playing in my homeland.