Cardinals make commitment to 'continuity,' a challenge to 'stay fresh' 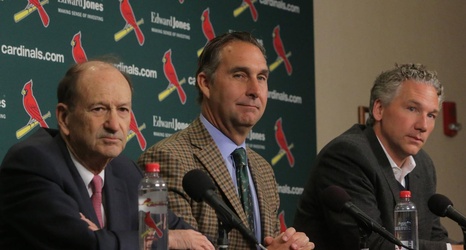 As Cardinals chairman Bill DeWitt Jr. announced extended commitments to the brains behind his baseball club, the word that caught executive John Mozeliak’s ear Tuesday was a standard of past news conferences, one that has been a tailwind for his longevity with the organization: “continuity.