Cardinals confirm commitment to current coaches, plan to bring them all back 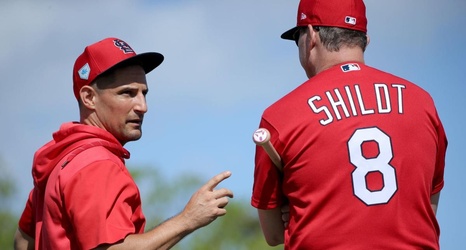 ARLINGTON, TEXAS — The Cardinals’ firm commitment to modernizing their offensive approach under the guidance of Jeff Albert — which an executive once described as “all in” — will continue into 2021.