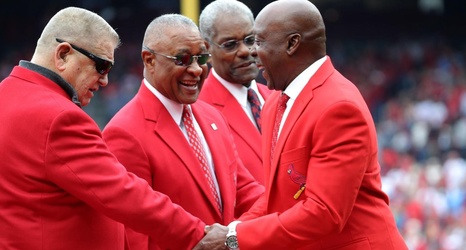 Cardinals left fielder Austin Dean failed to catch one ball which he misjudged in the first inning. New center fielder Lane Thomas couldn’t make a sliding catch on another ball that went for a double in the first.

Cardinals manager Mike Shildt decided to leave Ponce de Leon in to face Lorenzo Cain, who had started the inning with the double over Dean’s head.