BenFred: Molina takes a shot, delivers a bigger one against fading Cubs 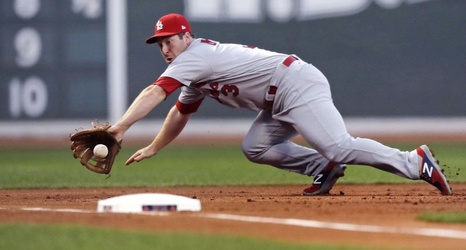 As in, do you remember what the Cardinals catcher did to the Cubs after Jason Heyward’s foul tip caught him in the cup?

Occurring along the series of ramps and stairs the chairman navigated to reach the clubhouse was a live look at the state of the National League Central.

On Friday, Molina helped five relievers through scoreless appearances after Wacha allowed one run in four innings. For the 89th time in 101 starts this season, he did not allow a single stolen base. And when closer Carlos Martinez fell behind Ben Zobrist 1-0 with one on and two outs in the ninth, Molina made a trip to the mound to settle his unpredictable teammate.