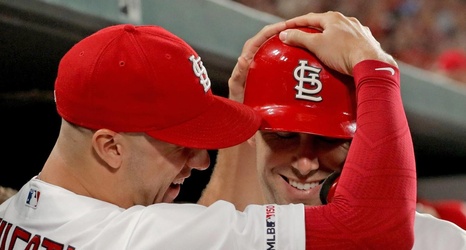 The manager of the Cardinals finishes his scrum with media members, ascends the dugout steps, then reaches down and grabs a small handful of Busch Stadium dirt.

Night games are now played in an air that is crisp and trending toward chilly. The scoreboard broadcasts “Pennant Race 2019.” All eyes are following its updates as minds figure magic numbers.

In Chicago, it sure sounds like the Cubs are playing to save their manager’s job. Comments made by president of baseball operations Theo Epstein on Friday confirmed his belief in the team’s talent, which he acquired, but left open-ended why that talent has not performed up to lofty expectations.