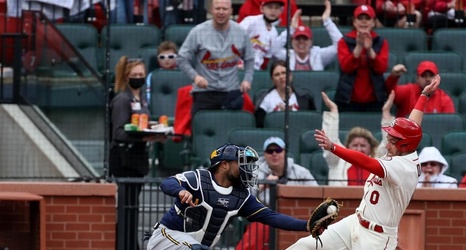 The Cardinals’ rookie right fielder, representing the tying run, found himself far too close to the third-base line on a close-to-the-line grounder hit by teammate Tommy Edman with two outs in the sixth inning.

There will be much discussion about whether Williams was in fair territory or foul, because while he started in foul territory and wound up in fair territory, where he was, exactly, when the ball hit him depends on which angle of the preferred video or screenshot you see. A play that should be reviewable was not reviewable due to MLB’s myopic replay rules. What everyone should be able to agree on in this specific fair-or-foul debate is the fact a player can’t put himself in that position.