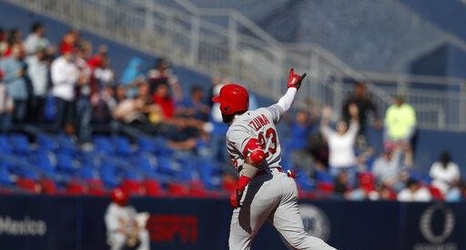 MONTERREY, MEXICO • A day after predicting that he would hit a home run at Estadio de Beisbol Monterrey, left fielder Marcell Ozuna did himself one better.

Miles Mikolas was unable to match Adam Wainwright's quality start in the first game of the series, though he took a shutout into the fifth inning.