As Wong heals and Cardinals await further exams, Carpenter gets another crack at starting 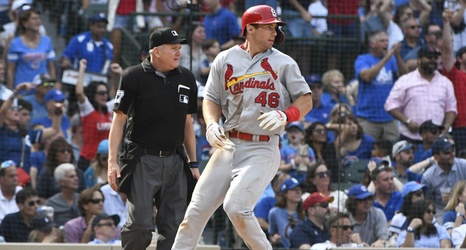 The immediate response from the Cardinals was the return of Matt Carpenter to the everyday lineup. With Tommy Edman moving to Wong’s positions — playing second, batting second — Carpenter slides back in as the Cardinals’ regular third base. Less than 12 months ago, Carpenter finished top 10 in the voting for the National League MVP, but this September found him coming off the bench after a summerlong search for his swing that led to a fall in his production.

Shildt has stressed throughout the past week that an ending to Carpenter’s season has not been written.

From cagily targeted use earlier this month to his game-winning homer Thursday after replacing Wong midgame in the lineup, Carpenter entered Friday’s start with nine hits in his previous 20 at-bats.